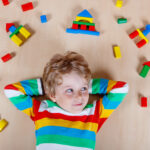 Can Behavior Disorders Be Linked to Obstructive Sleep Apnea?

These negative adjectives are what parents never want to hear about their child, but they are common labels thrown around about children affected by the sleep breathing disorder known as obstructive sleep apnea.

Obstructive sleep apnea, a prevalent type of sleep-disordered breathing, is frequently the reason for ADHD-like behavioral issues in kids, leading to a misdiagnosis.

And, although OSA is common and often a source of these issues, many physicians, therapists and even parents miss it as a diagnosis.

One reason is that most people don’t realize the impact of sleep apnea on the body or emotional health or believe that sleep-disordered breathing problems in children will resolve themselves as their child gets older.

But only a tiny percentage of children grow out of OSA – in most cases, they don’t.

And while you wait for the problem to correct itself, the risk of your child suffering for years with its side effects and consequences of potential misdiagnosis and subsequent ineffective and unnecessary treatment can increase.

How Many Kids Have Sleep Apnea?

According to the American Academy of Sleep Medicine, around 2 percent of healthy children have OSA. Other studies suggest that the rate is more like 4 percent.

Two types of sleep apnea can affect children. They are obstructive sleep apnea, a condition that develops due to a blockage in the airway during sleep that cuts of the flow of air to the lungs, and central sleep apnea, a type of sleep apnea that happens when the part of the brain that controls breathing malfunctions and doesn’t send the signal to the brain to tell the body to breathe.

Of the two, obstructive sleep apnea is the most common.

The Causes of Sleep Apnea in Children

One of the primary causes of OSA in kids is enlarged tonsils or adenoids, or both. Other factors for sleep apnea include:

OSA is connected to behavior disorders because the frequent interruptions in breathing during the night experienced by those living with the sleep-breathing condition can mean poor-quality sleep and changes in behavior in children – no matter how many hours of sleep they get.

In children, OSA can also contribute to abnormal behavior such as:

Some studies have shown that children with chronic or persistent OSA were up to seven times more likely to have learning issues and were three times as likely to earn a grade of C or lower compared to their peers without OSA or sleep-disordered breathing.

Sounds serious, right? That’s because it is. A wait-and-see strategy can be devastating to your child’s future.

Signs and Symptoms of OSA in Children With Behavior Disorders

Snoring is the most common symptom in children with OSA, but other signs point to the condition, too, including:

The Consequences of Misdiagnosis of Behavior Disorders

As we mentioned, in many children, OSA symptoms are overlooked or can appear as other things such as health conditions, learning disorders and behavioral problems, causing unnecessary and often frustrating trips to doctors, therapists and counselors for treatments that don’t work.

If you’re noticing the signs of obstructive sleep apnea plus behavior disorders in your child, it’s time to talk. Call us today to schedule a consultation to discuss symptoms, side effects, treatment and ways for your child to get more restful sleep.

Sleep apnea is not just a problem for children. Adults are also impacted by the sleep disruption caused by obstructive sleep apnea, and many of them do not know it, either. Some studies show that as many as 22 million Americans are living with sleep-disordered breathing, sleep deprivation and the consequences of these situations.

Adults affected by OSA frequently experience some of the same effects as children, such as chronic daytime fatigue, difficulty concentrating, mood swings, depression and anxiety which can also lead to a misdiagnosis.

If you are experiencing the signs of obstructive sleep apnea in yourself or your sleep partner has told you your snoring is getting out of control, we are here for you. Call us now to schedule a consultation.

Bottled Water for a Brighter Smile?

3 Reasons Why Chewing Gum Can Help With Oral Health