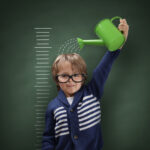 Not only is sleep apnea a big deal at any age, but for kids, the sleep breathing disorder has serious consequences for their health, including high blood pressure.

A new study has revealed that children with childhood sleep apnea face additional strain on their heart from this high blood pressure, as well as obesity, another effect of the sleep breathing disorder.

The study, conducted by the American Heart Association, highlights the importance of a good night’s sleep by showing the consequences of sleep apnea on heart health.

The study stresses the importance of treating sleep apnea and not taking the “wait and see approach” because of the sleep-breathing disorder’s impacts on health – impacts that may be lifelong and serious.

One type of sleep disorder called obstructive sleep apnea, or OSA, occurs when airway obstruction prevents airflow during sleep. It happens most commonly when the soft tissue around the back of the throat collapses while people are sleeping. When this happens repeatedly, oxygen levels drop, which causes fatigue and daytime drowsiness.

Obesity can contribute to the development of OSA, a result of poor diets and unhealthy choices. When kids (and adults) are obese, they have excess tissue on their neck that can cause compression of the upper airway during sleep and result in sleep disturbance.

This study also factors in that when people are tired because they don’t sleep well, they make bad choices when it comes to food, too.

The data used in the study found that kids with more weight mass due to an unhealthy diet and sedentary lifestyle have 60 percent more obstructive sleep.

Some signs of OSA that can happen during sleep include:

Childhood sleep apnea can also cause these effects during the day:

They also have headaches and a hard time focusing on tasks, including schoolwork, and may even struggle with mental health conditions such as depression as a result of their sleep-disordered breathing.

If you think your child has obstructive childhood sleep apnea, consider talking to a professional about what you’re seeing.

According to the website ZZZQuil.com, the range of hours of sleep a child should get varies by age:

We recommend that you establish a good sleep routine for your child early on, such as

In children who don’t have sleep apnea, sleeping these long hours means their body can recover from everything it had to do that day, such as school, homework, sports, after-school activities and other activities that fill up their days.

This recovery means new cells are created, and hormones are regulated – including the hunger hormone and insulin, two factors critical to weight. Health and brain functions such as memory and cognition are also improved.

So, children who don’t get restful sleep due to breathing interruptions despite being asleep for long stretches miss out on quality, restorative sleep and miss these critical functions that children without obstructive childhood sleep apnea and other sleep breathing disorders get.

The Impact of Childhood Sleep Apnea on Your Child’s Growth

Another critical function that is disturbed by not getting restorative sleep due to sleep disorders such as obstructive sleep apnea is the release of growth hormone into the bloodstream. When growth hormone is not released properly, it results in less muscle building and bone formation than normal. The impact of this lack of growth hormone release is significant because it affects how much lean muscle mass we gain over our lifetime.

Children with untreated sleep apnea often experience stunted growth. Being smaller than their peers can negatively impact their self-esteem, and continue to impact their mental health and sleep cycle.

Sleep Disorders May Be Causing Your Child’s Headaches

Not only can sleep apnea cause heart problems such as high blood pressure in your child, but it can also be the source of your child’s head pain. Headaches often develop as a result of sleep apnea. When the child’s airway becomes blocked repeatedly during the night, they experience more episodes of snoring and choking. When this happens repeatedly, the muscles around the throat become tight, which causes headaches.

If you suspect your child may suffer from obstructive sleep apnea or another type of sleep-disordered breathing, talk to us about treatment options.

How Can Sitting Affect Sleeping?

Surprising Fact: There is a Wrong Way to Breathe!