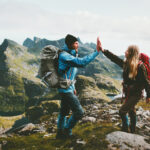 Painful jaw conditions can seemingly strike anyone. Bite issues, injuries and some behaviors can increase the risk of developing TMD, but is gender a factor?

According to statistics, yes. Gender is a factor, and women are at a greater risk than men for developing painful jaw problems such as temporomandibular jaw disorder.

According to Athletico.com, TMD affects around 12 percent of the world population and 35 million people in the United States, with women affected five times more frequently than men. In many cases, the discomfort and pain experienced by women as a result of TMD is more severe than what men report feeling.

Read on to find out how being a woman can increase your risk of jaw pain and problems.

TMD is short for temporomandibular joint disorder, a collection of jaw conditions that affect the temporomandibular (jaw) joints, the jaw muscles and the nerves associated with the jaw. These conditions can cause chronic facial pain. Any health condition, injury or problem that prevents the complex system of the jaw and its muscles, bones and joints from working together as they should may contribute to a TMD.

Common symptoms of TMD include :

• Pain in one or both sides of the face

• Jaw clicking sounds when opening or closing the mouth

• Swelling around the eyes or nose

• Soreness in the neck, shoulders, arms, hands, legs and feet

• Stiffness or soreness in the back, hips, knees and ankles

• Trouble sleeping due to discomfort

Why Do Women Get TMD More Than Men?

Gender does play a role. There are several reasons why women are at risk for developing TMD at greater rates than men, including:

Women often report experiencing high levels of stress in their day-to-day life. Stress can negatively affect a women’s hormone balance, which affects the ability to get a good night’s rest. When you don’t get good quality sleep or enough sleep, your hormone levels are negatively impacted, as is your body’s ability to move critical vitamins into your bloodstream, which makes you stress more and feel worse. The more you stress and don’t sleep, the greater the chance of stress-related behaviors such as tooth grinding and jaw clenching, raising the potential for damage to your jaw joints.

Women who are pregnant often have reduced vitamin levels because they have to supply vitamins for two. One of these vitamins, in particular, is magnesium, which has been found to be a contributor to the development of TMD. Women are also frequently stressed and tired during their pregnancy, which means, as we stated above, they are more likely to clench their jaw or grind their teeth, further increasing the risk of temporomandibular disorders.

The onset of perimenopausal changes in women can lead to increased tension and anxiety, which increases the likelihood of developing TMD. This is especially true if you’re not getting adequate amounts of sleep. Sleep deprivation causes an imbalance between estrogen and testosterone hormones, which leads to higher levels of cortisol, a hormone linked to muscle spasms and headaches.

The anatomy of the jaw structure between men and women can vary greatly. For women, the jaw muscle is often more susceptible to injury and fatigue and, as a result, exhaustion. When jaw muscles become tired, the jaw gets stressed and hurts. As a result of their jaw anatomy, women tend to receive less blood flow and, as a result, less oxygen to the face.

With less oxygen, women tend to produce higher amounts of lactic acid in their muscles, which can cause pain, cramping and uncomfortable spasms.

Interestingly enough, women who have the sleep breathing disorder known as obstructive sleep apnea also have a higher chance of developing TMD. This occurs because the airway becomes blocked during sleep, causing an interruption in airflow through the nasal passages. During this time, there is no room for fresh air to enter the lungs, so instead, it enters the throat, where it causes swelling and inflammation. Over time, this leads to increased pressure on the soft tissue surrounding the jaw, which eventually results in painful arthritis.

Sleep apnea also means less oxygen to the body, which can result in tissue damage. And as a natural response to not being able to breathe, the body clenches the jaw in an effort to clear the airway.

Treatment Options- For Any Gender

There are many treatment options available when dealing with TMD. Some treatments include physical therapy, medication, surgery, acupuncture, chiropractic care, massage therapy and other therapies. Each option will help alleviate symptoms associated with TMD, but some treatments are only temporary.

Are you experiencing the symptoms of TMD? We can help. Call us now for more information.

Get Real Relief From TMJ Disorder

The Danger of Treating Only the Symptoms of TMD