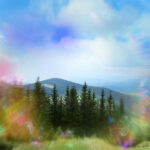 More Than A Headache

If you experience migraines with a visual aura, it may be more than your head that hurts.

A 2018 study published in an online issue of Neurology®, the medical journal of the American Academy of Neurology, found that individuals who experience visual disturbances such as aura during a migraine episode are more likely to experience an increased risk of an irregular heartbeat condition called atrial fibrillation.

Migraine with visual aura happens when disturbances in vision occur right before the pain in your head begins. These visual disturbances can include wavy lines, flashes of light, blurry vision or blind spots.

Atrial fibrillation, a form of cardiac arrhythmia, develops when the heart’s normal rhythm gets out of sync. When a-fib happens, blood can pool in your heart, leading to blood clots. These blood clots can travel to your brain, causing a type of stroke known as an ischemic stroke.

The researchers on the study knew that atrial fibrillation is known to be a common source of strokes because it causes blood clots. They also knew that earlier research had connected migraine with aura and stroke. They then decided to determine if those living with migraines with aura had a higher rate of a-fib.

Their research evaluated nearly 12,000 people with an average age of 60 who did not have atrial fibrillation before or had never had a stroke. Of this group, just over 1,500 experienced migraines.

Of those with migraines, 426 experienced migraines with visual aura.

The researchers studied the participants for as long as 20 years.

But, just 14 percent of the people who had migraines without aura developed a-fib.

The researchers considered other factors that can contribute to the development of atrial fibrillation, including age, sex, blood pressure and smoking.

Their analysis determined that people with migraines with aura were 30 percent more likely to develop a-fib than individuals who did not have head pain.

They were 40 percent more likely to develop atrial fibrillation than those who experience migraines without aura.

The findings solidified the link between migraine and atrial fibrillation as well as other vascular risk factors.

More About Migraine With Aura

Migraine with aura (also referred to as classic migraine) is a recurring headache during or after a period of sensory disturbances known as aura.

In most cases, these symptoms develop in the center of your field of vision and then spread out.

These symptoms usually strike before other migraine symptoms (head pain, nausea, and sensitivity to light and sound). Typically these effects occur up to an hour before the head pain starts and can last as long as 60 minutes.

Aura can also develop without severe head pain. Some individuals may experience aura visual disturbances without headache at all. This situation most often occurs in individuals age 50 or older.

Other Disturbances Related to Migraine with Aura

Other temporary disturbances reported by those living with migraine with aura include:

Thirty percent of individuals who deal with migraine with aura report that before their aura symptoms begin, they experience:

These migraine with aura pre-cursors are referred to as the “prodrome phase.”

Scientists aren’t sure what causes migraines with aura or migraines in general, but one theory is that brain chemicals cause increased nerve cell activity to spread across the brain. This nerve activity then triggers your trigeminal nerve, which causes a release of many neurotransmitters.

According to some research, the reason for this domino effect is an electrical wave moving across your nerve endings.

Who Gets Migraines With Aura?

Anyone can get migraine, with or without aura. Causes of migraines vary from person to person, but some reasons include:

Adolescent boys have more migraines than girls, but that changes with age: More adult women than men have them.

In most cases, migraines become less frequent after age 50.

If you’re experiencing migraines with aura, we can help. We understand migraine and head pain and are here for you.

Does Wine Cause Headaches?