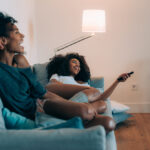 How Can Sitting Affect Sleeping?

You may have never heard of obstructive sleep apnea (OSA), but this dangerous sleep breathing disorder is widespread.

Affecting 10 to 20 percent of the adult population in the United States, OSA can increase your risk of certain chronic diseases and has severe impacts on your overall health.

And if that’s not enough, a new study has found that if you’re living a sedentary lifestyle, as many people are, you have a greater chance of developing OSA.

OSA is a sleep-breathing disorder characterized by repeated, intermittent upper airway blockages during sleep. These blockages cut off the flow of air to your lungs, causing stress and trauma to your body and increasing your risk of severe health conditions, including:

OSA develops when the throat muscles relax when you sleep. When this happens, you can experience a partial or complete blockage of your airway.

Many people aren’t even aware this happens because, well, they’re asleep!

But you may hear about it from your sleep partner since the most common symptom of the condition is snoring. You may also experience symptoms such as daytime sleepiness and headaches, among other things.

Earlier research has found a connection between low levels of exercise and physical activity during the day to a greater chance of developing sleep apnea.

This is because of several consequences of OSA, including excess body fat, chronic inflammation, insulin resistance and excess fluid retention.

Researchers at the Brigham and Women’s Hospital and Harvard Medical School in Boston; Johns Hopkins Bloomberg School of Public Health in Baltimore; and other institutions worked together on the new study. The project’s goal was to determine whether maintaining an active lifestyle affected the occurrence of OSA.

The researchers found that being more active and spending less time sitting can reduce your risk of developing OSA.

Their findings were published in the European Respiratory Journal.

The study authors used these large and long-term studies because they provided a vast and reliable source of health information (note: all the study participants are health care professionals).

In the general public, OSA is severely underdiagnosed, which is another reason the study authors chose to study the data they did: Health care professionals are more likely to recognize and report symptoms of the sleep breathing disorder.

During their analysis, the research team considered how long the study participants were sitting at work. They also accounted for how much time they were physically active, including walking, running, lap swimming or weightlifting.

They found that those who were less active had a greater chance of developing OSA. Those who had very sedentary jobs were at a 49 percent higher risk of developing the sleep breathing disorder than those in active occupations.

Note: Study participants who watched more than four hours of TV each day had a whopping 78 percent higher risk of developing OSA than those who were the least sedentary among study participants.

Maintaining an active lifestyle and avoiding sitting for long periods can help lower your risk of developing OSA; being active can also help reduce excess weight. This, in turn, may be linked to a reduced risk of developing various potentially serious conditions, including cardiovascular disease and obesity.

The Signs of OSA

As we mentioned, obstructive sleep apnea is the most common sleep-related breathing disorder, but it often goes undiagnosed.

The signs and symptoms of obstructive sleep apnea include:

Getting More Active With OSA

If you suspect you have OSA, the first thing you should do is get evaluated. Then, talk to us about your symptoms and concerns. We can help.

If you’re diagnosed with OSA, you should consider increasing your activity level.

Here’s how you can get started moving and reducing your risk of OSA:

Learn more about sleep apnea and how we can help by calling us today.